Super Bowl XXXI was a match up between AFC champion New England Patriots and NFC champion Green Bay Packers to decide the NFL champion for the 1996 season. The Packers defeated the Patriots by the score of 35–21, earning their third overall Super Bowl victory, and their first since Super Bowl II.  The game began with the teams combining for 24 first-quarter points, the most in Super Bowl history. The Packers then scored 17 unanswered points in the second quarter, including Favre’s Super Bowl record 81-yard touchdown pass to wide receiver Antonio Freeman. In the third quarter, the Patriots cut the lead to 27–21 off of running back Curtis Martin’s 18-yard rushing touchdown. But on the ensuing kickoff, Desmond Howard returned the ball a Super Bowl record 99 yards for a touchdown. The score proved to be the last one, as both teams’ defenses took over the rest of the game. Howard became the first special teams player ever to be named Super Bowl MVP. He gained a total of 154 kickoff return yards, and also recorded a then-Super Bowl record 90 punt return yards, thus tying the Super Bowl records of total return yards (244) and combined net yards gained (244).

Join us in welcoming greats from the Super Bowl 31 Championship team for a night to remember!

special teams Ace-Travis Jervey, and one of the best to ever play the game Antonio Freeman

My Brother’s Keeper is able to help struggling boys and men through grants, donations and fundraisers.  Your donations help individuals change their lives and the lives of the people around them ultimately making Green Bay a better place to live.  We appreciate your support and we appreciate any financial donation you are able to make to the program. 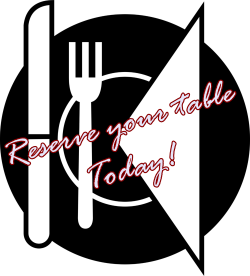